Everything you should know about online Quran recitation with Tajweed

Modern technology is the blessing of Allah that has given us many ways of teaching the Quran online. It is a superb opportunity for kids of Islam to find out the way to read the Quran online with tajweed everywhere in the world. Learning online doesn’t matter together with your age and gender. You can learn how to read Quran online through the QuranEasy academy. You just require a laptop, microphone and internet connection. Many online Quran learning academies guide students on the easy way to learn and read Quran.

Learning to read the Quran from a basic level is very important, whether it is online or face-to-face because it is an important concept to recite or memorize the Quran. Reading the Quran without developing the basic skills of tajweed is not possible. These basic skills make sense; it is known that “the foundation is strong”. The training skills of those basic skills allow you and your children to read the Quran thoroughly, which is very important in reading the Quran. This process is aimed at the standard Qaida (Basic Tajweed) which is intended to be read as soon as possible after completing a booklet with the help of our online teachers at this online Quran learning academy.

Meaning of Tajweed in Quran:

When speaking in the context of the Holy Quran, Tajweed refers to a set of rules that lead to the correct pronunciation of each word. It helps to read the Holy Quran completely without making mistakes in it. It is the science of pronouncing the words of the Quran as revealed by the Holy Prophet. Tajweed means improvement and the word signifies the development of the recitation of the Quran. If you want to improve your repetition, you have to learn about the rules. The rules will help you learn the correct pronunciation of an Arabic book. You can also say that TAJWEED is an Arabic Quran grammar. Studying the Quran with appropriate rules brings many rewards. Therefore, you should apply all the rules when reading the Book of Allah. The proper reading of verses is a must for all Muslims. All Muslims must read the Holy Book properly. Misreading verses is a sin and we must not commit this sin. Therefore, each of us should read the Quran and Tajweed to avoid making mistakes. 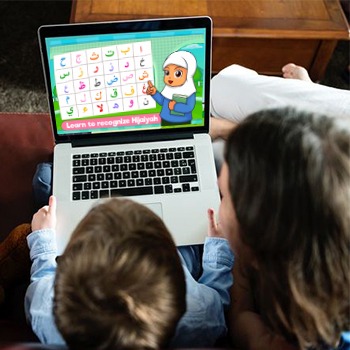 Why it is necessary to read Quran with tajweed:

The answer to this frequently asked question lies in the fact that Allah revealed the Quran in Arabic. Therefore, the repetition should be similar to the way the Prophet Muhammad (PBUH) and his companions said it. Allah says to Surah Ibrahim, Verse 4, that, “He did not send any messenger except to convey His message in human language.”

Arabic letters all have a different way of pronouncing words and reading Tajweed makes a Muslim aware of the difference between the correct and the wrong pronunciation of Arabic words. Pronunciation of words can lead to different meanings in what the original text tried to convey. The Quran with Tajweed can be easily distinguished from the repetition without the Tajweed, which may have a different meaning of the words of Allah.

The need for Tajweed laws was felt when the Muslim Ummah began to increase. Non-Arabs began to convert to Islam and did not know Arabic. Knowledge of Tajweed rules is very important for those who want to learn the recitation of the Quran. Reading Tajweed is a great help in planning the recitation of the Holy Quran.

Importance of Quran reading with tajweed:

It is very important to read the Quran with Tajweed recitation because the mispronunciations of the Quran alter the meaning of the words and make more sins than good deeds. For example, a messenger (PB.U.H) instructed his friends to recite the Quran from the four Sahaba in particular. So another Sahaba can learn from them the proper ways to read the Quran. These Companions were the best at speaking. When Umar and Hisham bin Hakeem differed in the correct recitation, the Messenger of ALLAH said:
“Read it as you were taught, for verily those before you were destroyed for their differing from their Prophets.” Saheeh Al Jami 2/389

The Quran is not any ordinary book; it is the book of Allah Almighty revealed in the last Prophet (SAW) Without reading the Laws of Tajweed one cannot recite the Holy Quran. Beloved Prophet (SAW) urges Muslims to recite the Quran in a good voice; a good word comes only when one holds Tajweed. You know that Allah Almighty revealed the Quran in the Arabic language. The rich Arabic language has many meanings in each word. With a slight twist of the language, you change the meaning of the word. While studying Tajweed, we knew how to pronounce the Arabic word accurately and correctly.

With the help of basic Tajweed, you know how to pronounce the Quranic Arabic correctly. A basic tajweed course is best for beginners. This course starts from the basic knowledge about Quran tajweed and tajweed for beginners.

The Tajweed rules of the Quran help Muslims to understand the Quranic Arabic with pure essence. There are more than 70 rules of tajweed. Having learned the rules of recitation of the Quran, Muslims have made it possible for them to receive the message of Almighty Allah accurately. If you read the Quran with Basic Tajweed, you can read the Quran in a good voice as the Prophet (saw) said. A Muslim should follow all Islamic laws from the Quran, and its interpretation is found in the words of the Prophet (SAW).