Allah, in His infinite wisdom, insight, and mercy, chose some people over others. He picks some chapters over others, just as He picked the Prophet (peace be upon him) over other Prophets. Chapter Al-Fatiha, for example, is the finest of all chapters and should be recited numerous times every day in our prayers. The best chapter of the Quran is Ayat al-Kursi, and so forth.

Similarly, Al-Kahf is a chapter. Every Friday, the Messenger (peace come unto him) advised us to memorize the Surah. He also advised us to remember the first 10 lines of the Surah as they will protect us from the Dajjal, the Antichrist, who will bring the worst of calamities to mankind.

Every phrase of the Quran is a masterpiece in and of itself, and knowing the verses exposes that every syllable of it is a gemstone that cannot be discovered on the crust of the ground or in any previous book that was written by anyone. As a result, each verse of the Quran contains a unique collection of substance, evoking awe in the minds of Muslims.

Numerous Surahs of the Holy Qur’an are renowned for their welfare advantages as well as the content importance they have. Surah Kahf maintains a special place among Muslims in this regard, as it is a Surah that teaches Muslims various teachings. The surah is made up of four stories that teach four important teachings that every Muslim should learn.

The most important lessons from Surah Kahf are as follows:

Surah Kahf, lesson 1: The companions of the cave:

The story of the cave men is the first story mentioned in the Surah. They were the Christians who come from a country full of non-believers. As a result, when they perceive that their lives are being threatened as a result of their beliefs, they flee the city and seek refuge in a grotto for the love of Lord and their faith. As a result, Allah Almighty granted sleep upon them, and when they awoke, the whole population of their town had become Muslims. As a result, this narrative demonstrates whenever a person places their faith in Allah The almighty, He always rushes to their aid and assists them in overcoming their challenges.

The moral of this story is that Almighty Allah puts a person’s belief to the test. When Almighty Allah puts a religion’s faith to the test and he or she remains strong in their faith, Allah helps them in manners that are beyond conception. Furthermore, the story teaches that a Believer must surround himself with nice and ethical individuals at all times. Because the men of the grotto were all virtuous, their presence together was one of the elements that attracted Allah Almighty’s kindness and aid. As a result, a Muslim should remain faithful in his or her beliefs and associate with decent people, as stated in the Quran:

“And keep yourself patient [by being] with those who call upon their Lord in the morning and the evening, seeking His countenance. And let not your eyes pass beyond them, desiring adornments of the worldly life, and do not obey one whose heart We have made heedless of Our remembrance and who follows his desire and whose affair is ever [in] neglect.” (18:28)

Surah Kahf, lesson 2: The Mans of the Two Gardens 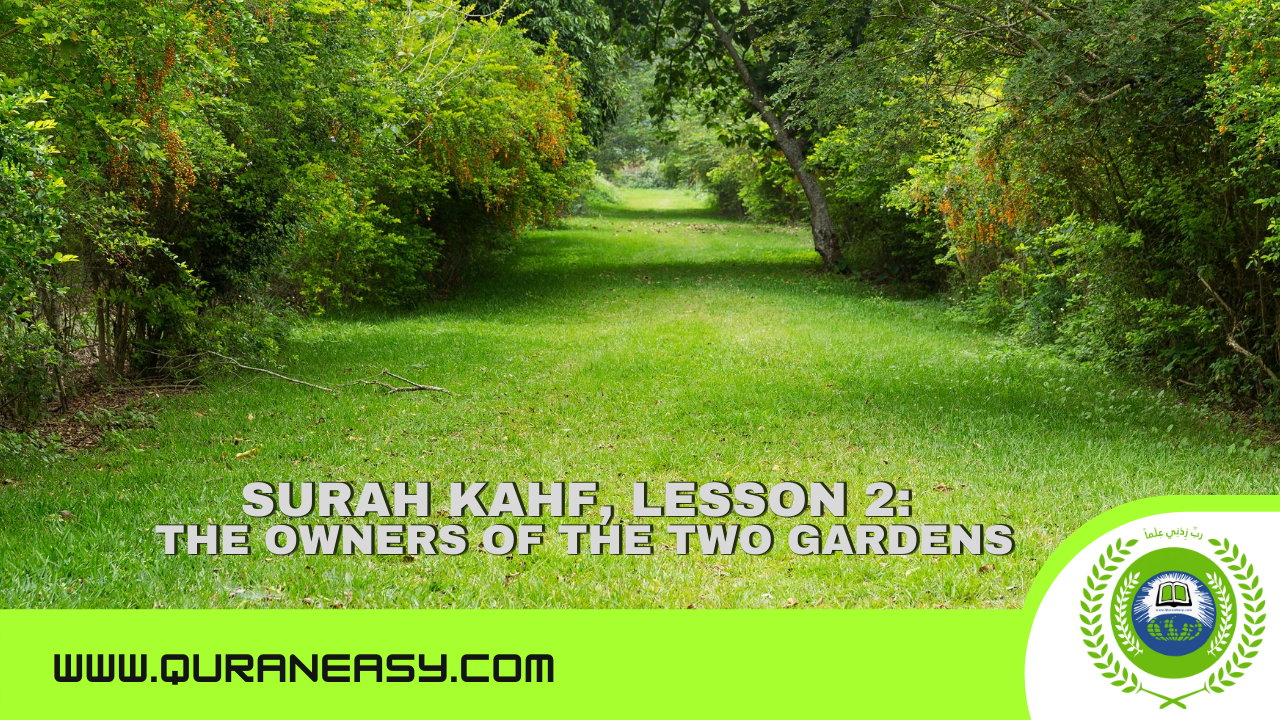 The second narrative in the Quran is about a man who owned two greenhouses and was extremely affluent and wealthy in every way. However, his prosperity led him astray, and he began to doubt his belief, as a consequence of which God Almighty stripped him of all worldly deception and benefits, causing him to comprehend the fleeting nature of the material world, but it was too soon for him.

A Muslim can gain two things from this narrative as well. The first point to remember is that all riches is a test from Almighty Allah. As a result, He is truly putting those whom He provides to the test to see if they will be appreciative to Him or not. Second, a Muslim must learn that the treasures of this realm are all fleeting and transient, and that while they are available, one should thank Allah and invest on those who do not have access to these worldly pleasures. Allah Almighty properly defines the state of the materialistic affairs in the Quran:

“And present to them the example of the life of this world, [its being] like rain which We send down from the sky, and the vegetation of the earth mingles with it and [then] it becomes dry remnants, scattered by the winds. And Allah is ever, over all things, Perfect in Ability.” (18:45) 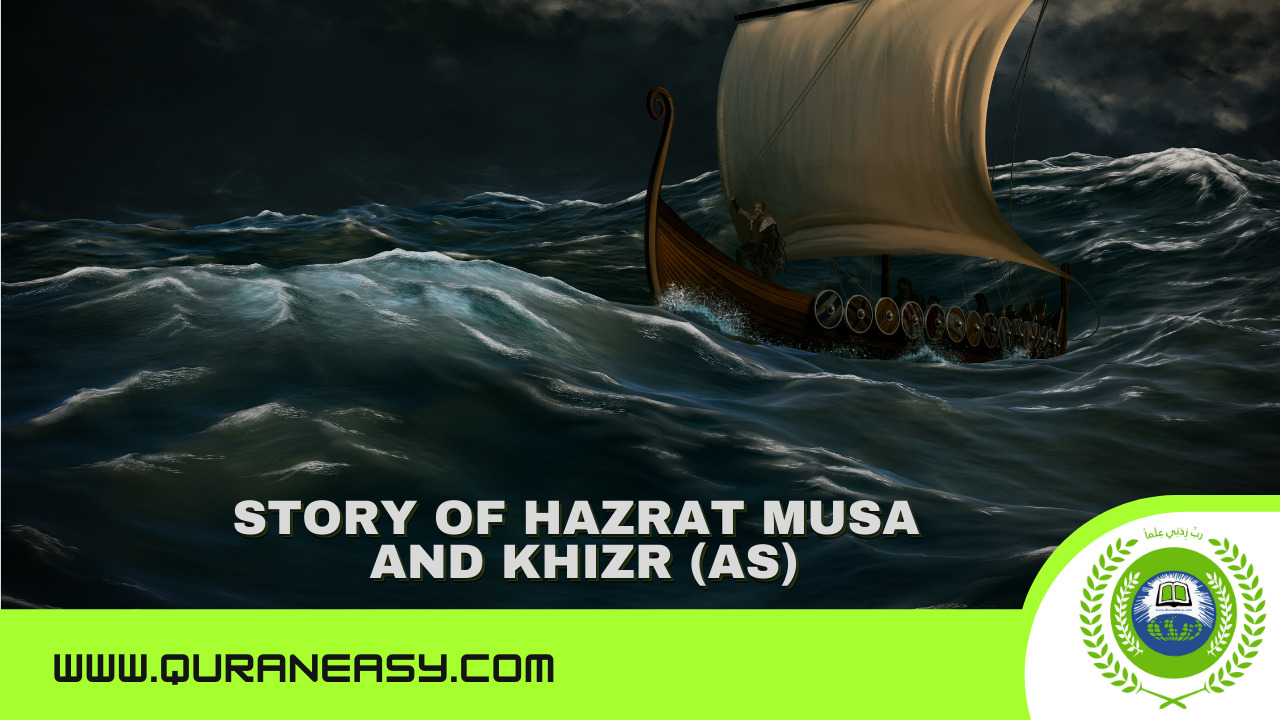 The narrative of Prophet Musa (AS) as well as Hazrat Khizar is recorded in Surah Kahf for the third time (AS). Although Hazrat Musa (AS) believed that no one in the world knew more than him, God Almighty took him back encounter Hazrat Khizar, who proved to be more knowledgeable than Musa throughout the story (AS).

The moral of the story is that wisdom is not something to be boastful of; rather, knowledge of stuff should teach humility, and one should constantly remember that there is constantly somebody more intelligent and has a greater understanding of the issue than oneself.

18:60 And [mention] when Musa said to his servant, “I will not cease [traveling] until I reach the junction of the two seas or continue for a long period.” 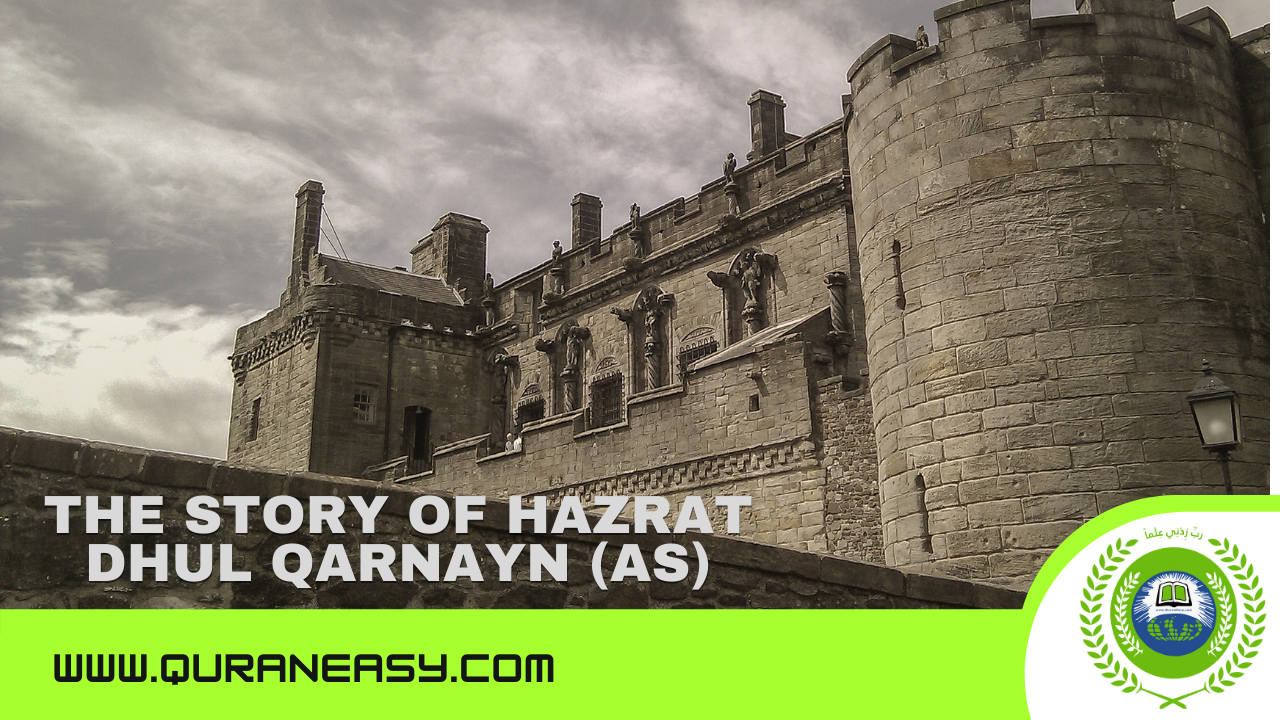 The story of wonderful king Dhul-Qarnayn, who travelled all over the world to help those In distress and disseminate good everywhere he went, is the fourth story that Allah Almighty relates in the Quran in this Surah. He was also the one who brought people refuge from the threat of Gag Magog.

The moral of this story is that sovereignty is likewise a gift from Allah, therefore those to whom He grants power, He puts to the test. Those who have authority over and in comparison to others should utilize that power to accomplish good, make others’ life simpler, and fight evil.

Surah Kahf is among the most well-known Surahs in the Quran. Aside from the specific pleasures and advantages that come with its recitation, a Muslim’s grasp of its substance can also enable them extract significant teachings that can help them shape their lives in the direction of righteousness.